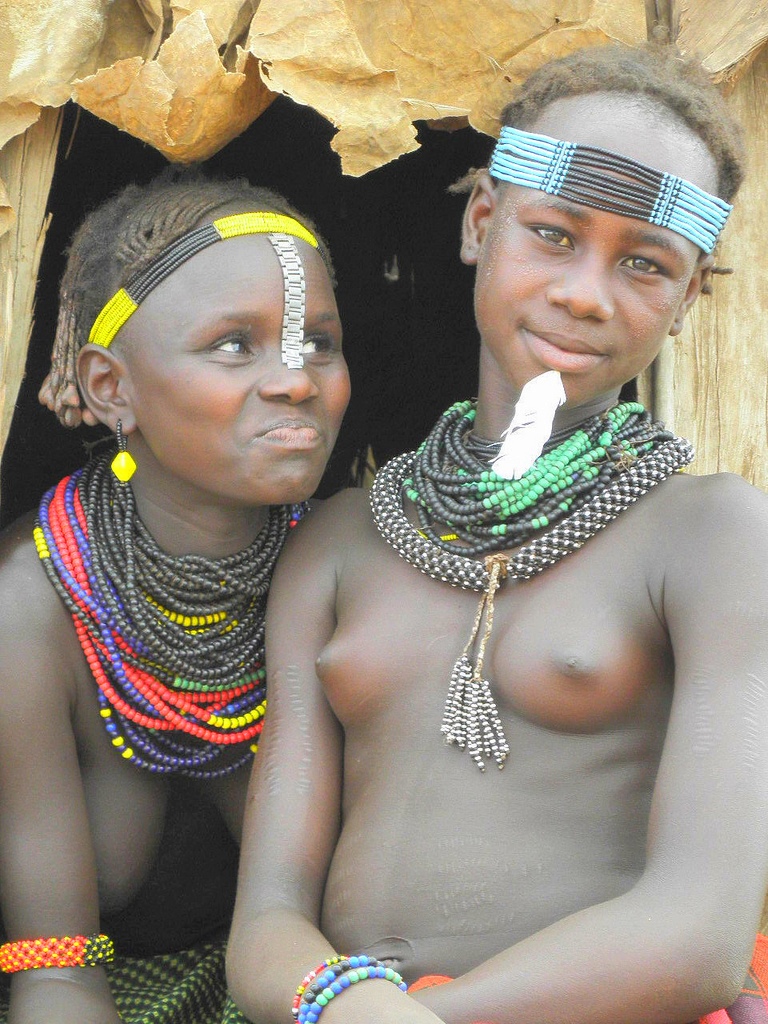 Also known as the Galeb or Geleb, this tribe lives just north of Kenya's Lake Turkana. Their neighboring tribe is the Turkana people. The Dasanech are pastoralists (cattle herders), but due to the harsh territory, they have moved south to grow crops and fish. Cattle are used by the tribesman for meat, milk and clothing. Of all the tribes in the Omo, their cattle often die from disease and drought.

Because the Dassanech people come from multiple ethnic groups, both men and women must agree to be circumcised. There are eight clans that make up the Dassanech tribe, each having its own name. They are the Elele, Inkabelo, Inkoria, Koro, Naritch, Oro, Randal and the Ri'ele. Each clan is defined by its territory with the Inkabelo being the wealthiest.
During a ceremony, the Dassanech men dance with large sticks and the women hold wooden batons. A Dassanech man blesses his daughter's fertility and future marriage by celebrating the Dimi. During the Dimi 10 to 30 cattle are slaughtered. Both men and women wear fur capes while they feast and dance. A Dimi ceremony will most likely take place in the dry season.