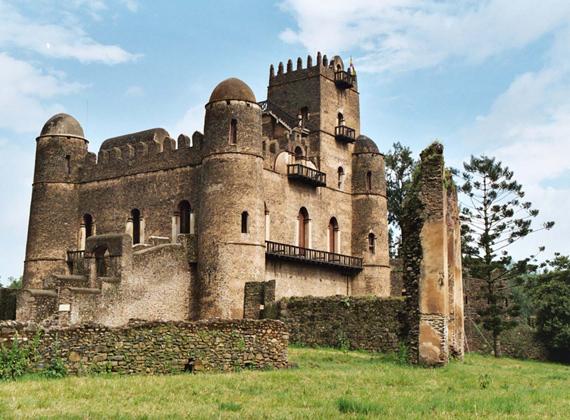 Gondar was once the capital of Ethiopia, its prominence beginning with the reign of Emperor Fasilades in 1632 and ending with the fall of Tewodros in 1868. The city's unique imperial precinct contains a dozen castles and fortress-like battlements built by various Emperors during this 236 year period. By European standards the Gondar castles may not be elaborate, but their very presence in Africa makes them a rare and imposing sight & some historians call them "The Camelot of Africa." The Debre Birhan Selassie Church in Gondar town is famous for its "angel head frescoes" that decorate the entire ceiling. A day excursion by car can be made to visit the magnificently scenic Semien Mountains National Park.