One of Ethiopia's least developed parks and receiving few visitors, Gambella National Park is located on the Akobo River system. It was originally created for the protection of the extensive swamp habitat and the wildlife there. 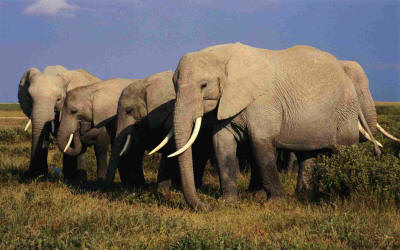 The park is 5,060 square Kilometers (1,954 square miles) in area, and its altitude ranges between 400 and 768 meters (1,312 and 2,519 feet). Rainfall is 1,500 mm (58.5 inches) a year, falling between April and October. Temperatures are high. The vegetation here is mainly grassland and Terminalia Combretum wooded grassland, with extensive areas of swamp.

The park contains forty-one species, seen nowhere else in Ethiopia, such as Nile lechwe and the white-eared Kob, the latter migrating in the large numbers.