The faulting and cracking of the eastern part of Africa caused the Great Rift Valley, which extends from the Middle East to Mozambique, passing in a north-south direction right through Ethiopia. This shearing of the earth's surface occurred at the same time that the Arabian Peninsula, geologically a part of Africa, was separated from the rest of the continent.

This volcanic activity, which has created the faulting & cracking of the earth, has continued until today & Danakil Depression is the witness among the many hot springs all over the country.

Now a days, at the very interesting place of adventure called "ERT-ALE" (meaning the smoking mountain in one of the local languages of Ethiopia ‘AFARIGNA’) earth tremors are often felt and exposed cones of old volcanic plugs are seen throughout the plateau.

We, therefore, say, the following itineraries designed to the respective areas of AFDERA, DALLOL & ERTALE, guarantee a great pleasure.

Join us for a journey through one of Africa's least explored country; we (OMO TOURS & CAR RENT) are ready to take you to such fascinatingly diverse areas. 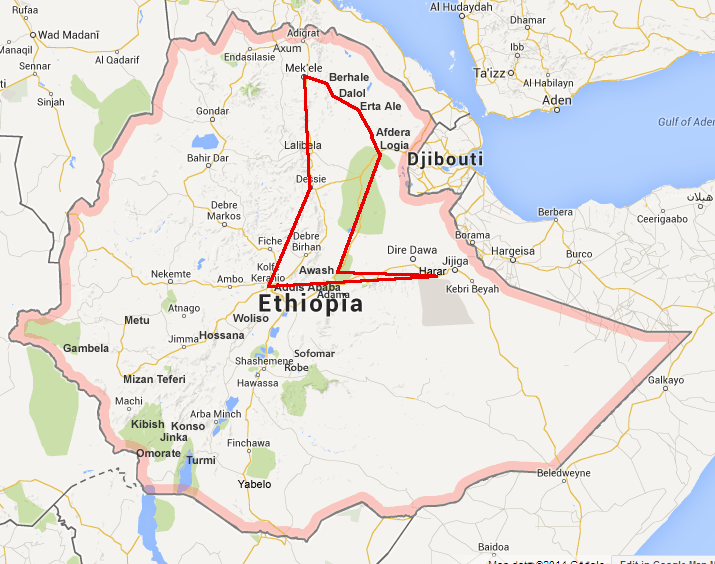