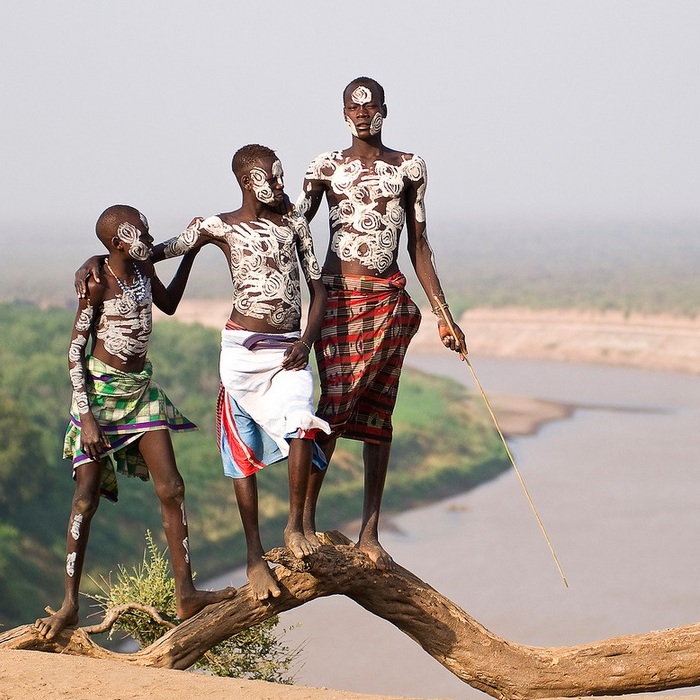 The Karo, who number only about 3,000 people, mainly live on the practice of flood retreat cultivation on the banks of the Omo River in South-western Ethiopia.

The Karo excel in face and body painting, practiced in preparation of their dances and ceremonies. They pulverize locally found white chalk, yellow mineral rock, red iron ore and black charcoal to decorate their bodies, often imitating the spotted plumage of a guinea fowl. Feather plumes are inserted in their clay hair buns to complete the look. The clay hair bun can take up to three days to construct and is usually re-made every three to six months. Their painted facemasks are spectacular.
Karo women scarify their chests to beautify themselves. Scars are cut with a knife and ash is rubbed in, to produce a raised welt.

The Karo tribes' existence is somewhat precarious today. The inevitability of the encroaching populace and the introduction of modern weaponry have affected their already delicate ecosystem. Being the smallest tribe in the area, this group obviously struggles with direct threats from nearby tribes that have more gun power, greater numbers, and likely coalitions with one another.