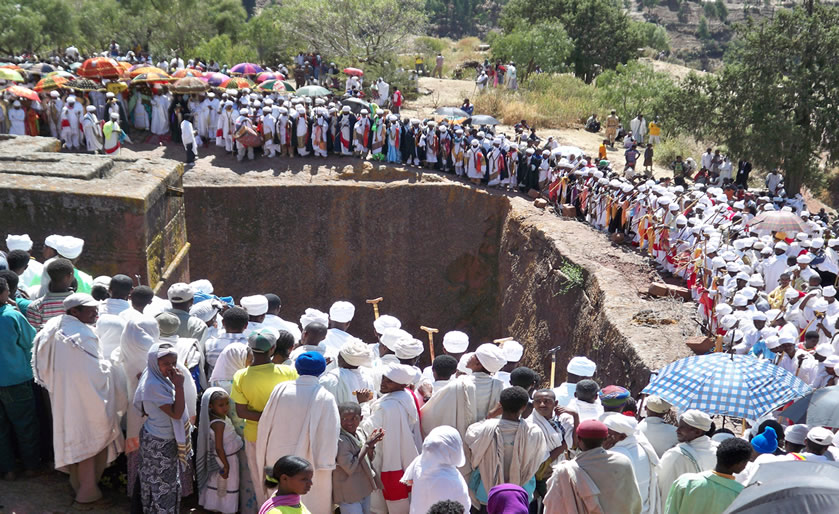 Christmas, called Lidet, is not the primary religious and secular festival that it has become in Western countries. Falling on 7 January, it is celebrated seriously by a church service that goes on throughout the night, with people moving from one church to another. Traditionally, young men played a game similar to hockey, called genna, on this day, and now Christmas has also come to be known by that name.