Bahir Dar is the jumping-off point for visits to the spectacular scenic and historic attractions of Lake Tana - Ethiopia's giant inland sea. In their funerary texts, the Pharaohs referred to it as "Lake Karou of the Country of the Happy." In the middle Ages, churches sought refuge on the islands of Lake Tana and due in part to the difficult access are to this day rich in Ethiopian illuminated manuscripts, religious paintings and other treasures. Lake Tana is the source and from where the famed Blue Nile starts its long journey to Khartoum, and on to the Mediterranean. The 37 islands that are scattered about the surface of the lake shelter fascinating churches and monasteries. Some of which have histories dating back to the 13th century. 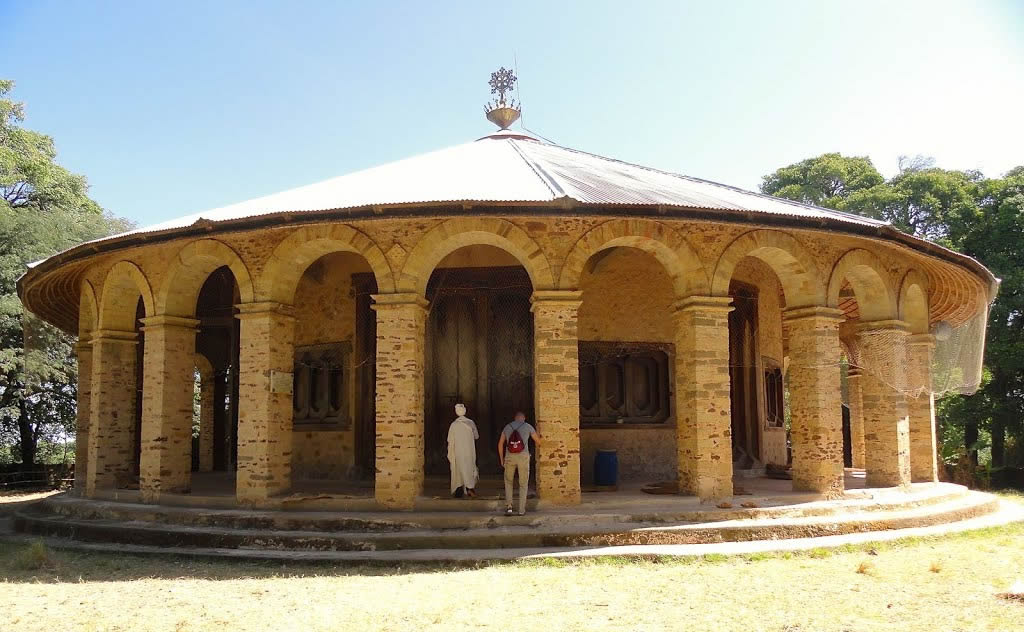 The majestic Blue Nile Falls named "Tis Issat" in the Amharic language, which descriptively translates as "Smoke of Fire" is found outside Bahir Dar. The Falls plunge over a sheer 45 mts precipice that is 400 mts wide. Sought in vain by Egyptians, Persians, Greeks and Romans, the first European to discover the source of the Nile was Portuguese Father Paez. 150 years later in 1770, Scottish Traveler James Bruce described it as "One of the most stupendous sights of the Creation."