Ranging in altitude between 1,500-4,377 meters with a total area of 2,400 sq kms, the Bale Mountains National Park forms Ethiopia's second largest mountain complex. It is also Africa's most extensive Afro-alpine habitat. A visit is rewarded by the opportunity to site many endemic mammals and birds including the rarest canid in the world - the Ethiopian wolf. It is quite memorable to be driving on the highest road in Africa and then descend down to one of Ethiopia's most remarkable forested reserves - the Harenna Forest. 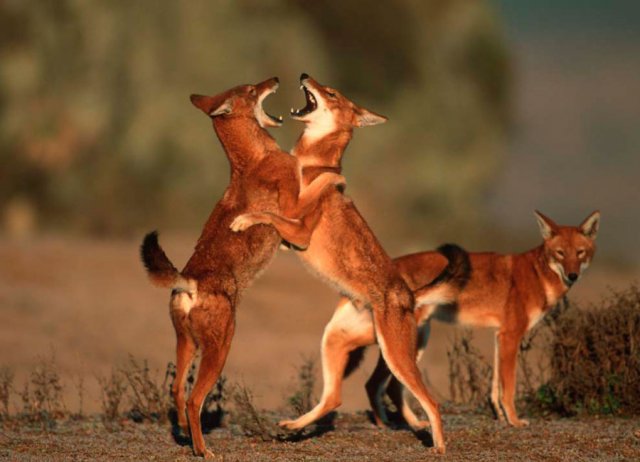 Nyala
The stately and beautiful mountain Nyala, another of Ethiopia's endemic species, is best seen at Dinsho, the Park's Headquarters.

Red Fox
Semien wolf, endemic to Ethiopia, also known as the Simien jackal of Abyssinian wolf, is found in greater numbers in the Gaysay area in Bale Mountains, between 3,000 and 4,500 meters high.